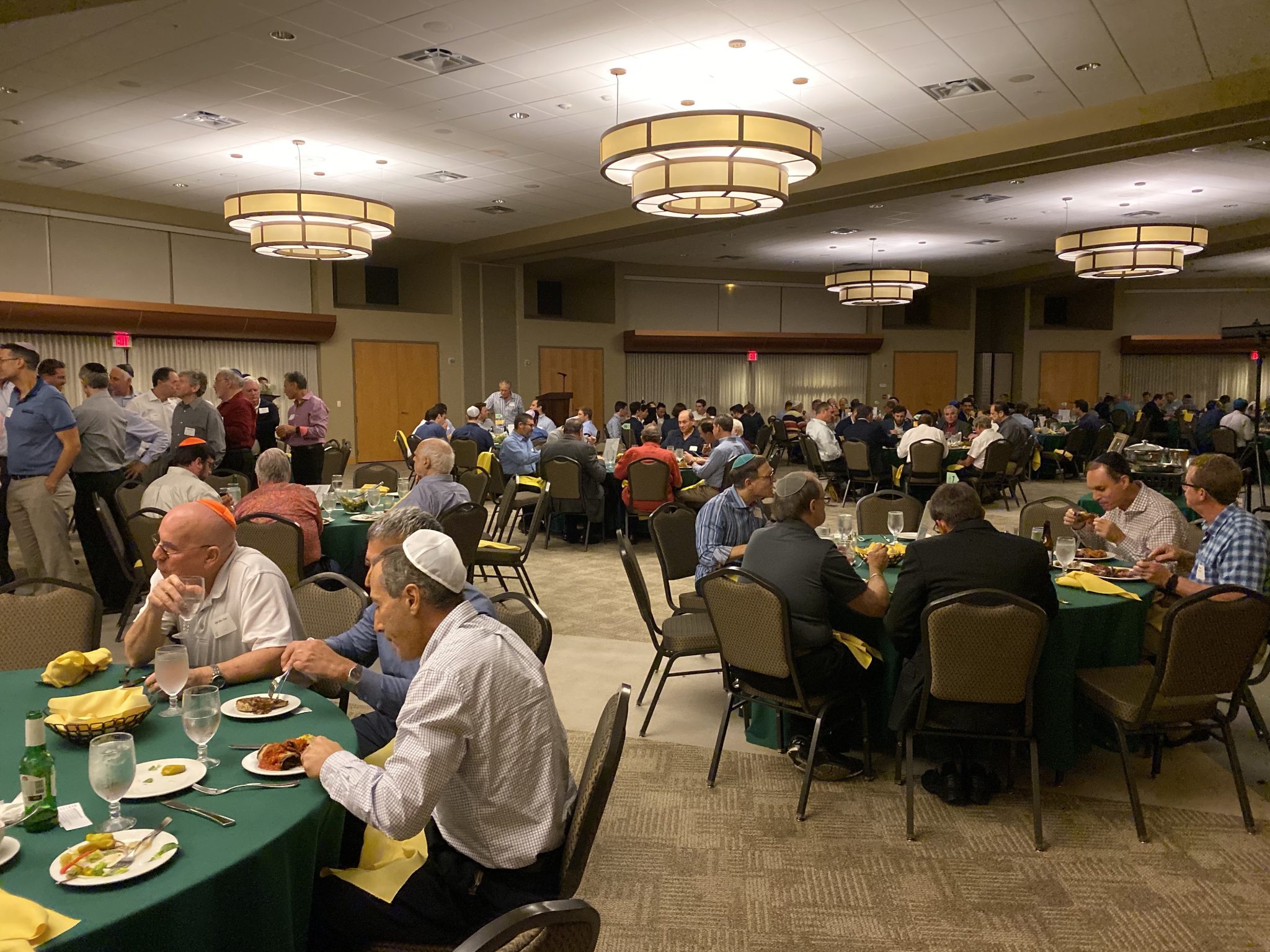 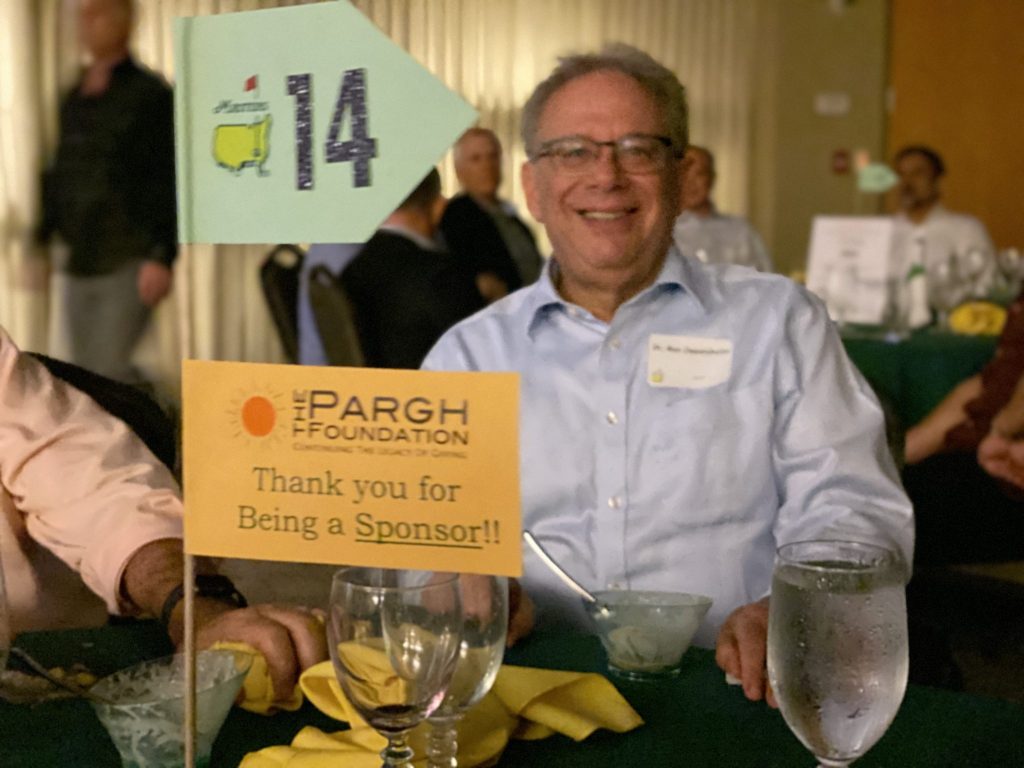 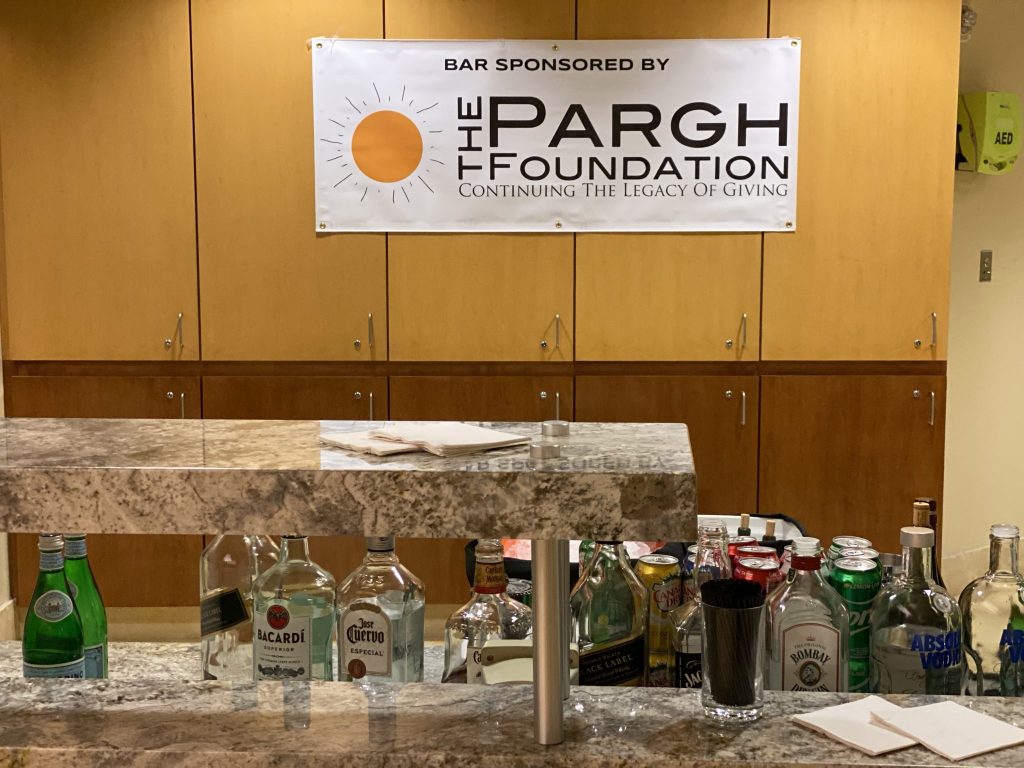 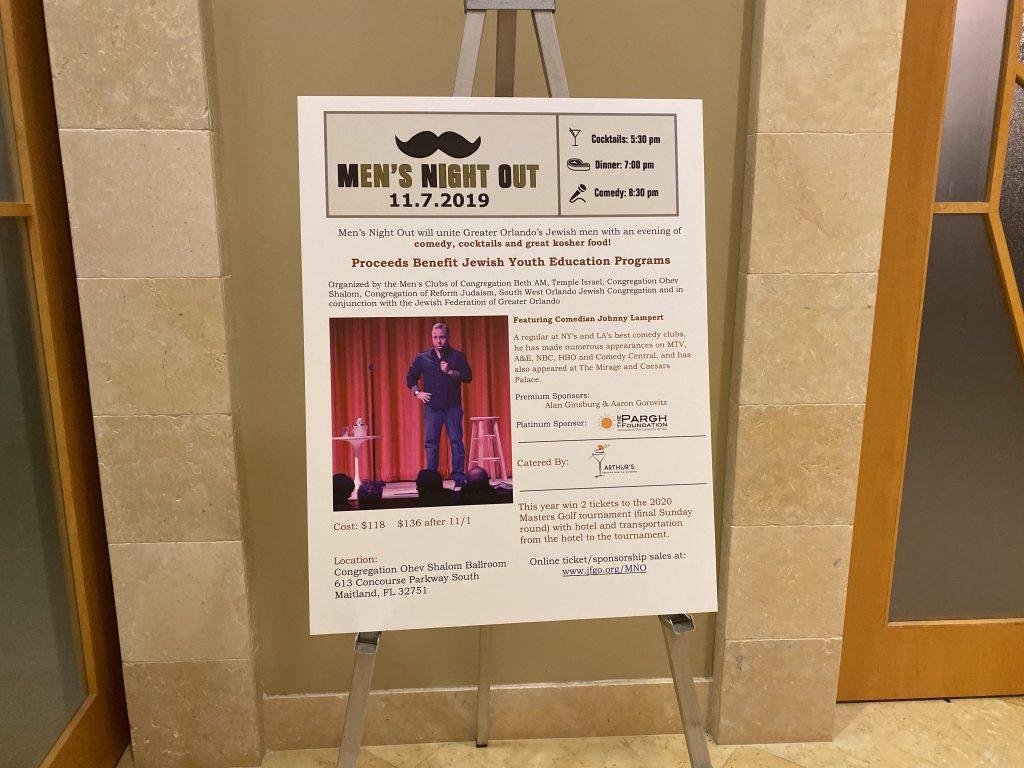 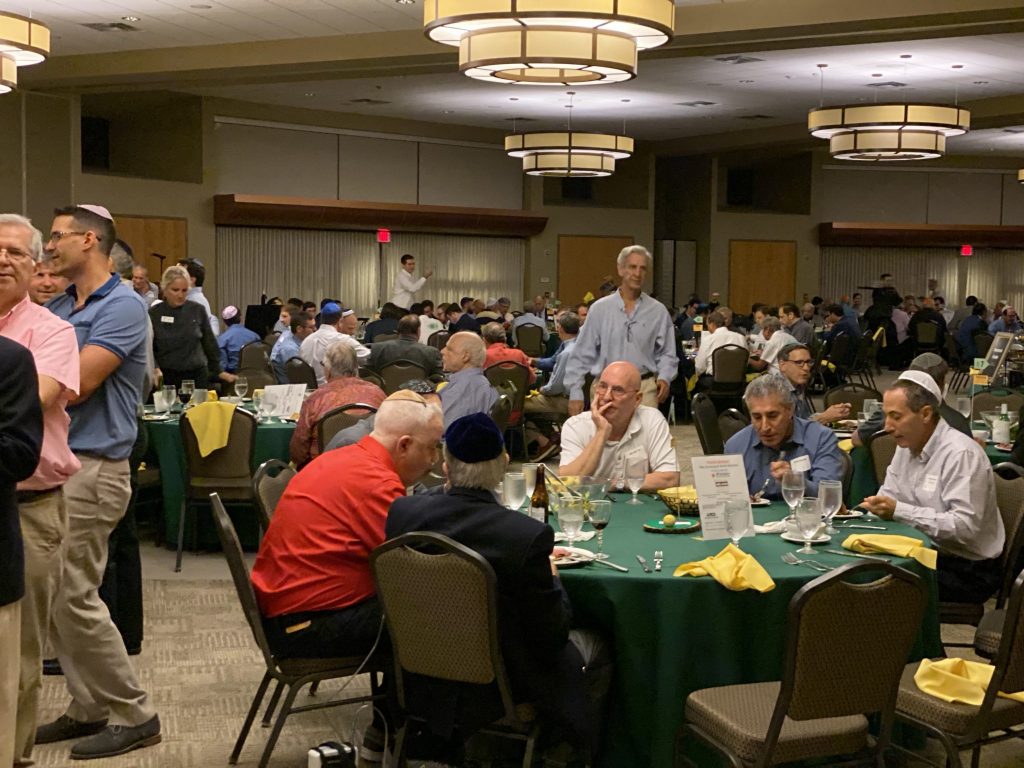 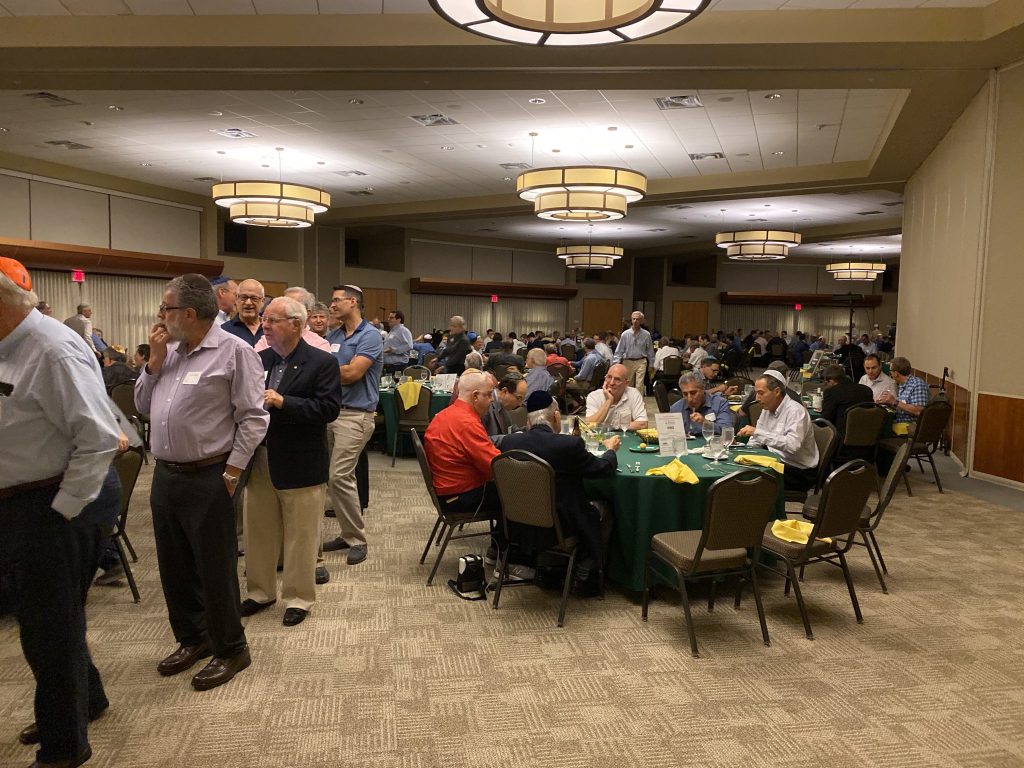 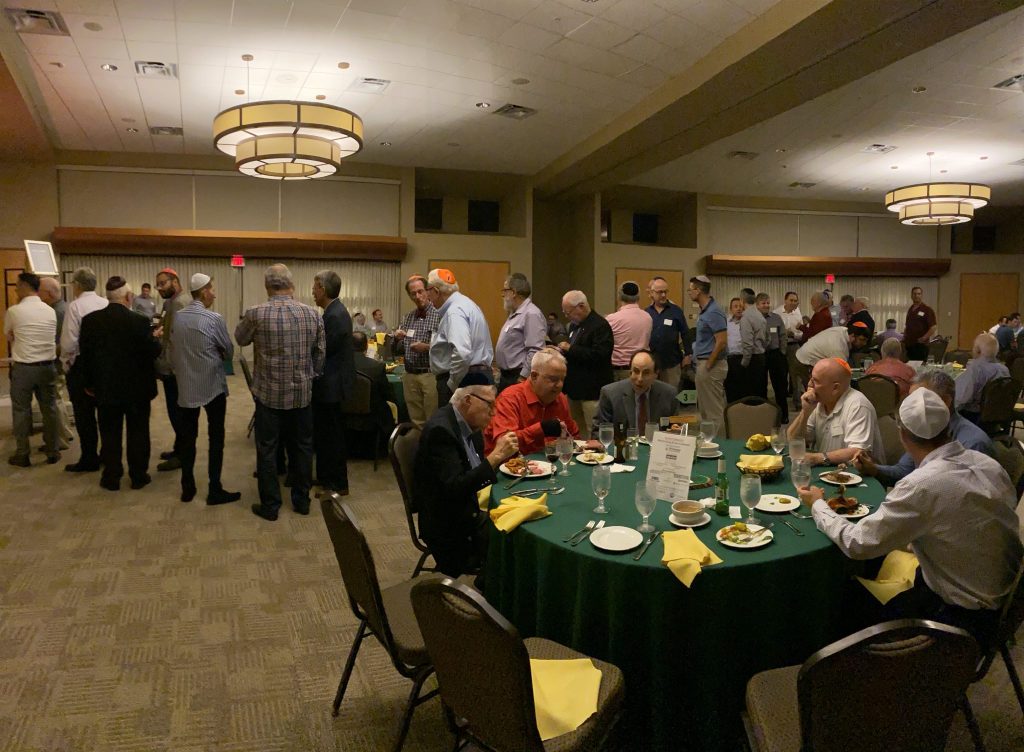 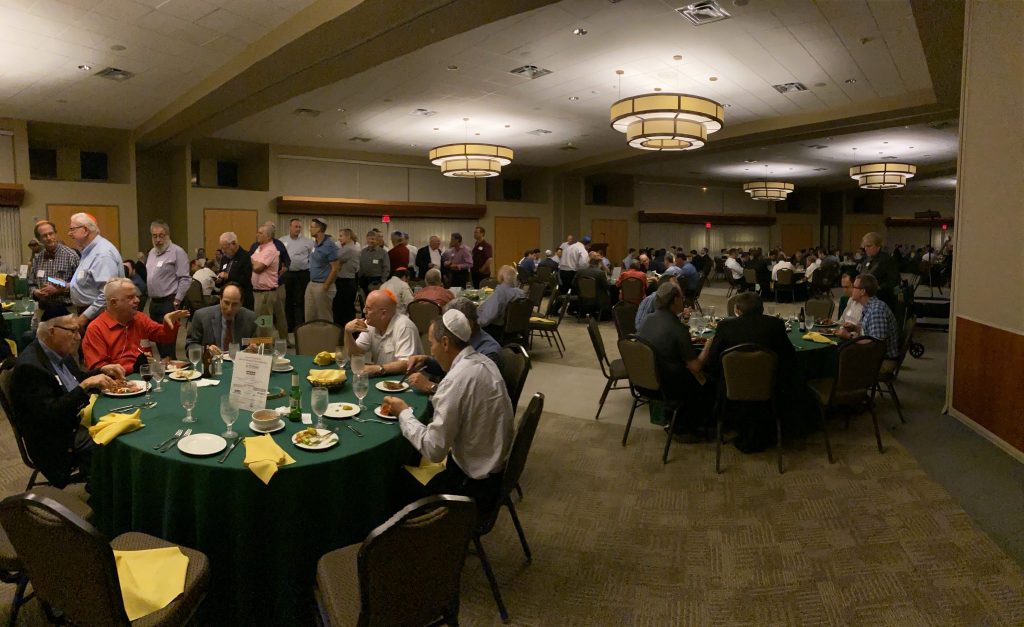 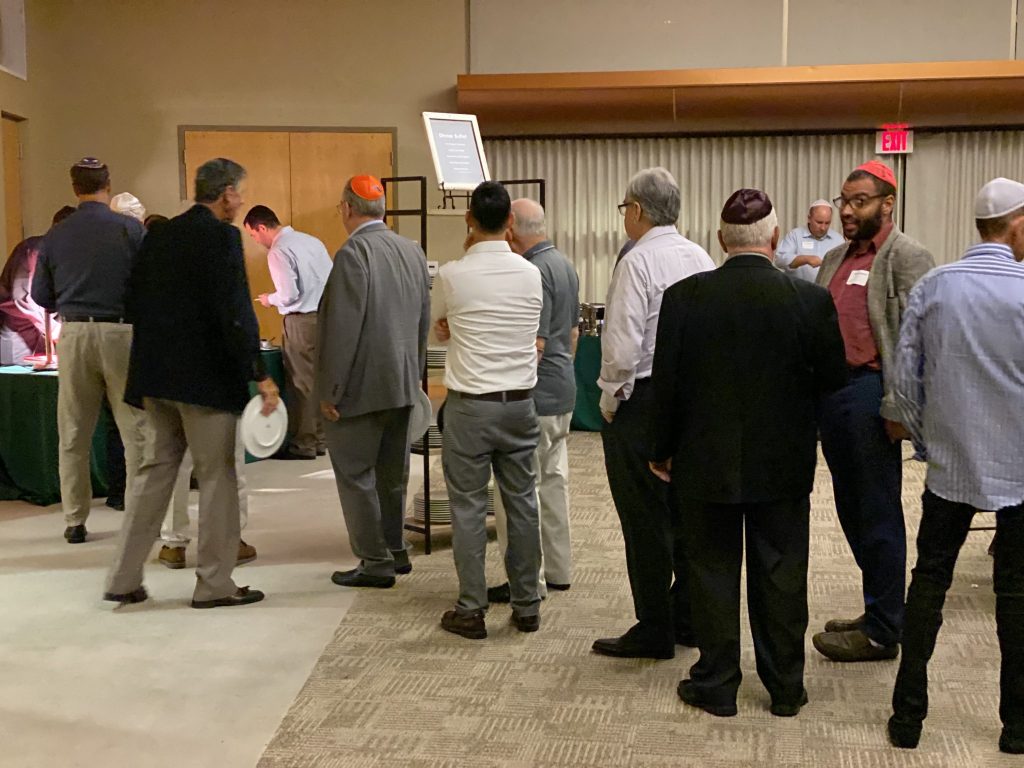 The prime rib dinner was catered by Arthur’s and sponsored by Alan Ginsburg and Aaron Gorovitz and entertainment was provided by Johnny Lampert. Lampert is a regular at comedy clubs in New York City and Los Angeles, including The Gotham Comedy Club, The Comic Strip, Caroline’s Comedy Club and The Improv. Johnny has also appeared on MTV, A&E, Comedy Central, NBC, HBO Comedy Showcase and most recently on AXS TV’s Gotham Comedy Live.

As a bonus every ticket (seat) purchased earned one entry in a raffle drawing to win tickets and hotel accommodations for two to the final day of The Masters Tournament, on April 12, 2020, in Augusta, GA. Hotel accommodations are for the nights of April 11 and April 12; includes complimentary food at the hotel and shuttle service to the venue.

Since 2017, Men’s Night Out has raised more than $32,000 to support programs including religious schools, Jewish education, Jewish camps and youth groups, and trips to Israel, which are life-defining Jewish experiences. The funds are directed to participating synagogues to use in these areas as they see fit. 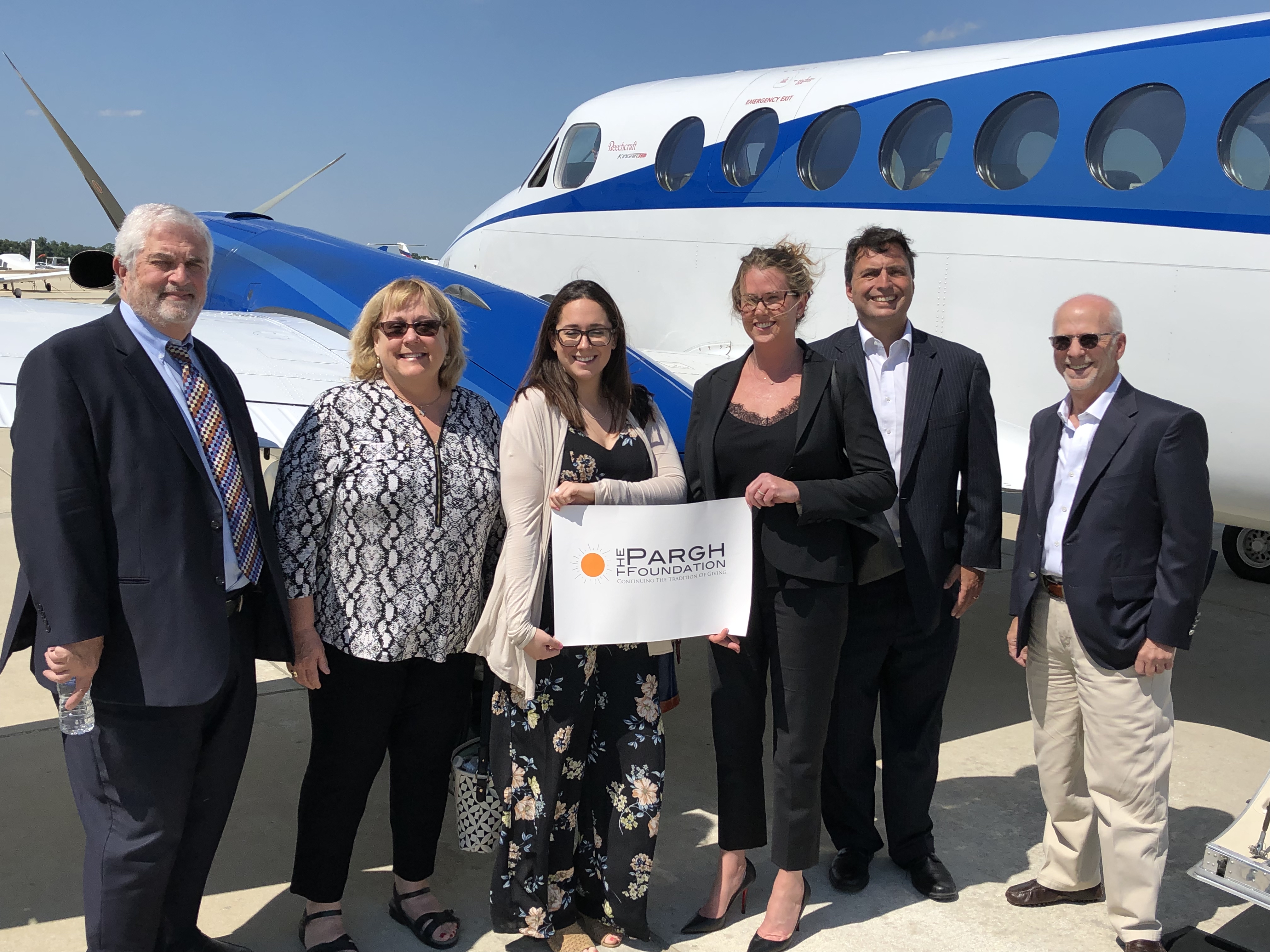 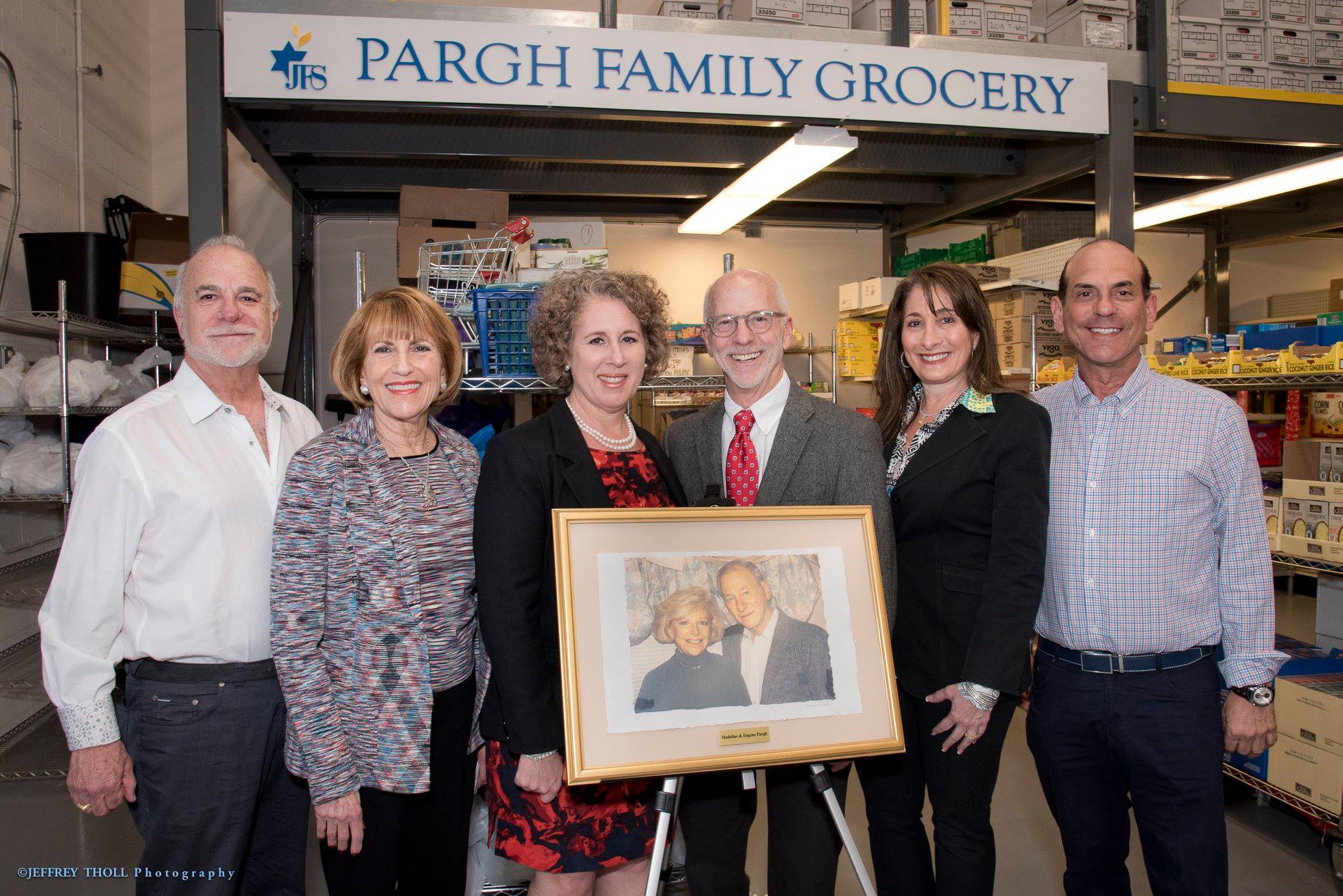